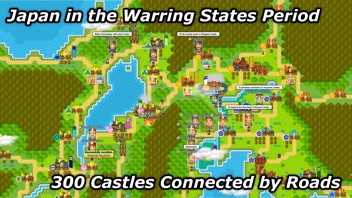 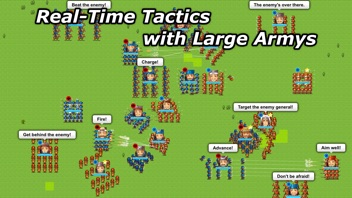 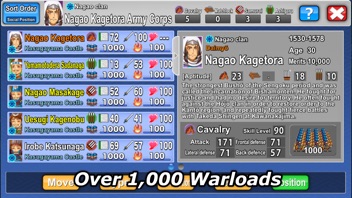 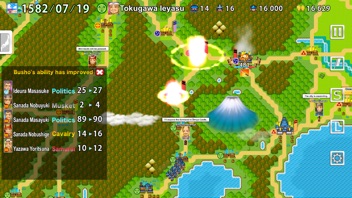 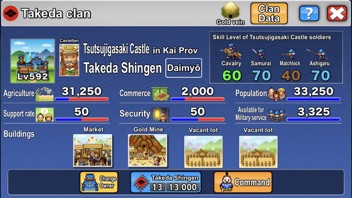 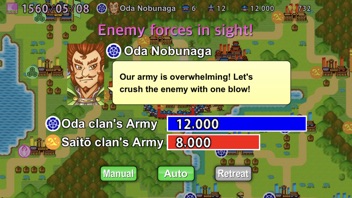 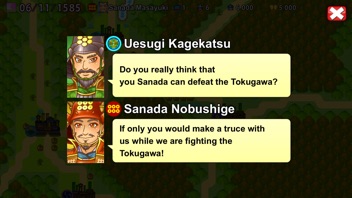 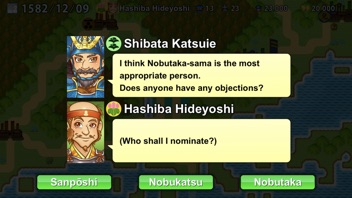 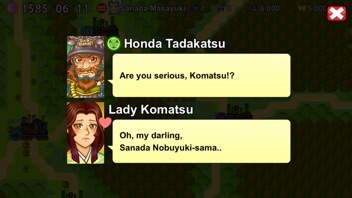 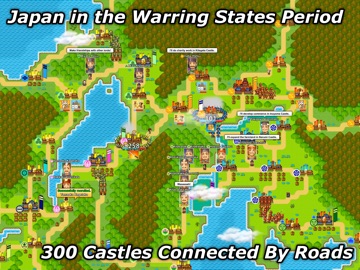 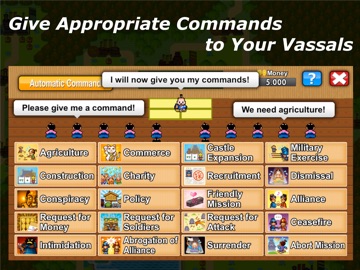 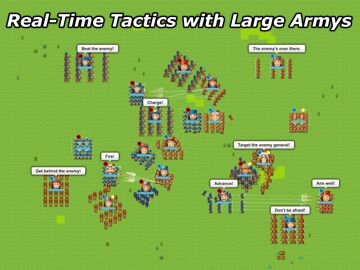 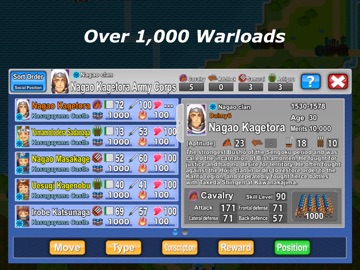 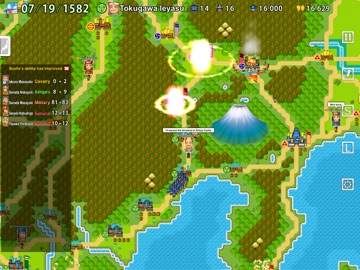 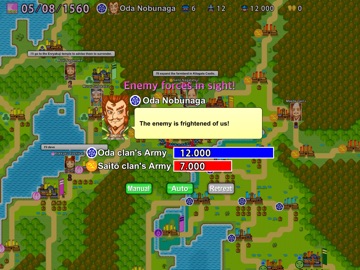 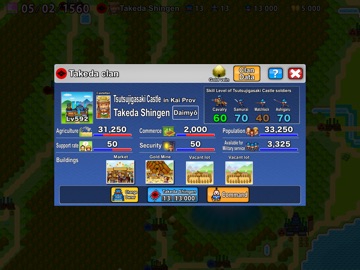 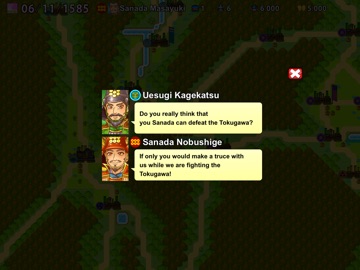 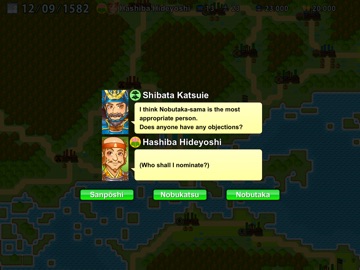 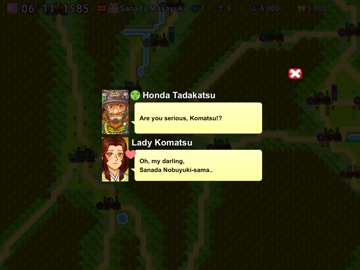 ▼ What is Pocket Sengoku?
The time is the 16th century. As the power of the shogun has weakened, Japan has entered the Sengoku (Warring States) period, where Daimyos (feudal lords) rule over various parts of the country.
The player becomes one of the Daimyos and aims to unify the country!
▼ Build a prosperous country!
From the castles that players control, there is agricultural income and commercial income. The income depends on the population, the loyalty of the people, and public safety.
Increase your farmland, develop your commerce, and give charity to win the hearts of your people.
If the loyalty of your people drops, a rebellion will break out. If you build a temple, the monks will increase the loyalty of the nearby castles.
When war worsens security, bandits will appear and worsen the security of the surrounding castles, build an Magistrate's Office.
If you build the "Great Buddha", the castle will become a popular tourist destination for worshippers.
If your castle has a gold mine, build a mining camp! A strong economy is essential to feed a powerful army and keep the war going.
Let's aim for a rich country!
▼ Use diplomacy to your advantage!
Send goodwill ambassadors to Daimyo you don't want to make enemies with, and maintain friendships with them.
As your friendship grows, you can form alliances.
Allies are very reliable and will help you when your country is under attack.
If there are powerful Daimyo adjacent to you, it is a good idea to become their vassal and have them protect you. The Daimyo who has become your ally will give you orders to go out and do this and that, but if you keep up with his orders, he will give you a reward.
On the other hand, if your country is powerful, you can intimidate the weaker Daimyos and make them your vassals. Give new castles to subordinate Daimyos, or take them away, as you like.
If you order your subordinate daimyo to attack the enemy country, you will be able to conquer the enemy without damaging your own army.
▼ Let's build up our army!
Once your economic power is in order, the next thing you need is an army. In Pocket Sengoku, each Busyos has 1,000 men to lead him. In order to form a large army, you need to hire that many Busyos.
There are four types of troops: spear, samurai, musket, and cavalry, and the strength of the troops varies from country to country.
You can improve the quality of your troops by building "dojos" and training them, and you can also increase their capabilities through "policies".
▼ Real-time battles!
Up to 20 generals and 400 troops will participate in a battle.
Use your ninja to find out the enemy's formation, and form an appropriate formation accordingly.
The battle progresses in real time, but time stops when you give orders to your troops, so you can take your time and make decisions.
In a battle, the morale of your soldiers is of utmost importance. If morale drops, your troops' abilities will decline, and if it reaches zero, they will run away.
If your troops are demoralized in battle, bring them back to the rear and give them a proper rest.
Each type of soldier has the following characteristics
- Spearmen have low attack power but good defense.
- The samurai has a good balance between attack and defense.
- Muskets can be used for remote attacks. It can kill any enemy with one shot if it hits. But the defense is very low, so be careful not to let the enemy get close.
- Cavalry horses have excellent speed and can charge into enemies. If you charge from behind the enemy, you will be able to deal a heavy blow to the enemy troops.
So let's see what you can do as a military strategist!

2 Bewertungen
I trusted your Description when it Said ENGLISH AND Japanese. I was swindled by your actions and you betrayed My Trust.
As I can‘t Play the Game for which I was ready to pay 8€ from the get go, I Am disappointed.
Looks so good. But i Can not read japanese:(
In the discription it says that it is also availble in english! Please update english.