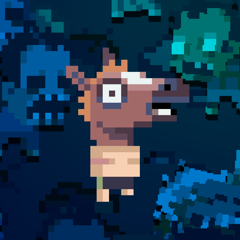 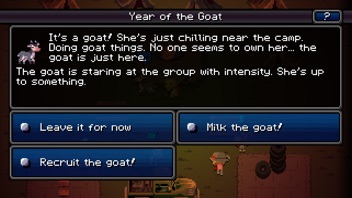 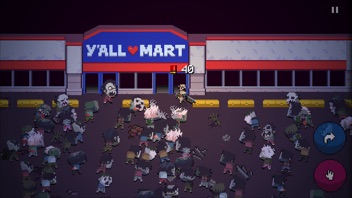 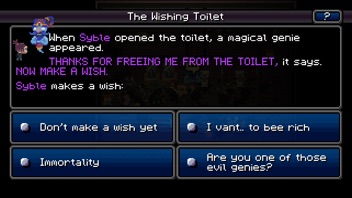 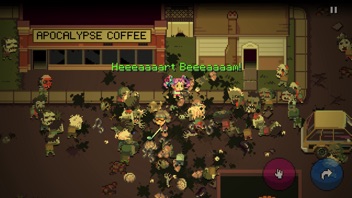 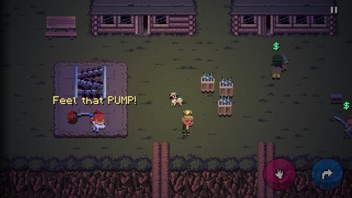 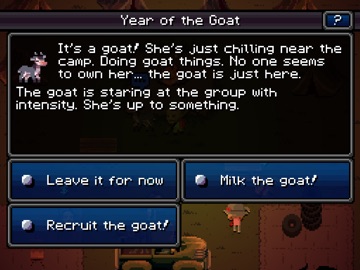 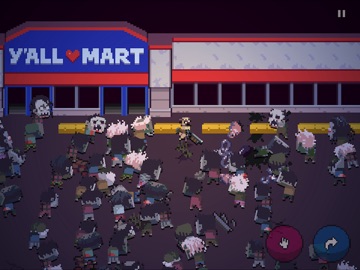 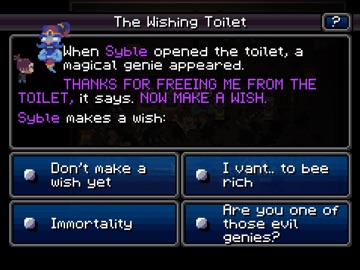 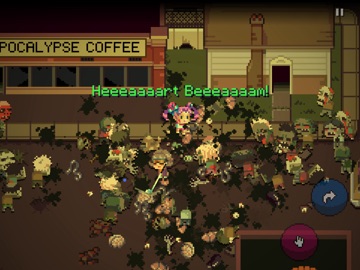 New content update added! More updates coming, see below for details.
********
Death Road to Canada is a Randomly Generated Road Trip Action-RPG. You manage a group of jerks as they explore cities, find weird people, and face up to 500 zombies at once. Everything's randomized: locations, events, survivor personalities and skills. There's a different story every time you play.
Travel the Death Road from Florida to Canada, the last nation on Earth. Find special events, rare encounters, and unique recruits. Recruit a grunting super-bodybuilder who's strong enough to pick up and throw the car. Try to teach a dog how to walk upright and shoot a minigun.
Most of all, get eaten by enormous hordes of slow, classic-style zombies.
DEATH ROAD FEATURES:
- Designed for massive amounts of replay value.
- Character Maker lets you put friends and family into the game.
- Meet your custom characters during your travels. Get them eaten by mistake or on purpose.
- Make tough choices in text events that change depending on your group.
- Your team has different personalities, and someone may betray the others. Be careful!
- Lots and lots of secret events and unique characters with special abilities.
- Equip a wide variety of different weapons. Splat zombies with a flamethrower, battleaxe, hockey stick, wizard staff (lightning bolt), Mjolnir, boomerang, and much more.
- Canada jokes written by a real Canadian so they're 100% accurate.
- Get rid of all humans and make an entire team composed of dogs driving the car.
- Airhorn weapon with incredibly realistic, computer-generated airhorn sounds.
*******************
Update Plans
We've already done lots of updates, and there are more updates coming! We're adding new features, locations, characters, weapons, and more!
Next Updates will likely focus on new weapons, locations, and special trading camps, along with fan requests.

Giant new Death Road to Canada update! The KIDNEY Update has new content and major features, including co-op improvements, a Perk and Trait rebalance, and more:
- NEW UNLOCKABLE HATS. Unlock the Challenge Hut to start getting these, which is a Zombo Point purchase from Unomey.
- A bunch of multiplayer co-op improvements! Use mFI controllers to access these. Includes a new character select screen for multiplayer, and the ability to turn into a rat if extra players are out of recruits!
- Two new game modes added, both of which allow you to start with a car of four people, instead of the usual two jerks.
- Headlights and taillights for cars
- Rare Arcade Trader Camp back in!
- New arcade machine added to Rare Arcade, that gives the fireproof stat to one character for 10 food
- The ROAD PUNCHERS make an appearance and can now be recruited. They have karate fireball powers somehow
- Long hair options for characters now draws over the back properly, instead of getting hidden
- New button in New Game Start to randomly pick custom characters for the leader and buddy
- Added extra smileys for over the usual max or under usual minimum levels, with flashing effects
- New randomization options for randomizing specific character parts, instead of the whole character
- New Trait! Dingus Savant gives 1 extra max point to shooting, mechanical, AND medical, but has a -1 max health and -2 max morale penalty. It's intended for someone that wants a super "win every skill check" support character, but without Civilized's "win every personality check" benefit, less severe downsides to Civilized/Berserk, but also lacking the early game power.
- Phoenix gets fireproofing now, and loses it on death
- Nurturing and Inventive now give +1 to the maximum of mechanical/medical, respectively!
- Civilized gives 1 point less each to mechanical/medical
- Over-max medical (7 or higher) now lets you heal up to 5 times, previously 3!
- Over-max mechnical now gives a tighter repair variance, 71-100%, up from 50-100%
- Top Seller now gives you more food, generally about 50% more than base. Let me know if this should be even higher, dimly considering making it double the food
- Travel Light now gives a point of fitness, just a little buff to make it more enticing
- Ex-Wrestler loses the -1 penalty to Strength and Fitness maximums, now gets -3 to max shooting
- Bow and Arrow now gets +2 strength as a freebie
- Trademark Weapon Perk change: Loses extra stats, but upgrades replace the Aluminum Bat with a Sturdy Machete
- Removed the weaker Trait-specific Special Trademark Weapons, as the Sturdy Machete is stronger than many of the old ones
- Buffed some additional Special Trademark Weapons: Nurturing gets a Bonesaw now, Inventive gets an Electric Leaf Blower that recharges, and Light Eater gets a Sturdy Cleaver. Specialist now gets a Knight Sword as its (only) weapon
- Bows now get a lot more from Strength stat, and draw much faster at all levels of strength
- Bows now take count over-max values for Strength. A TSTC character with a bow will draw it nearly instantly
- Bows now take stamina for drawing and holding the string, and draw much slower if fatigued
- Bow draw effects are more obvious when you're at max draw, if not fatigued
- Bow and Arrows + Specialist starts with the full 60 arrows now, and loses the extra phantom bow in slot B
- OPP mode expanded to add the following characters: Broom, Hermit, Bryu, Saguts, Clown
- Hardware store loot rebalanced a little, snow shovels put in as possible spawns
- Samedi gets a resurrect saying now, and her death saying is changed slightly
- Samedi gets something that is exactly like Phoenix, except for the new Fireproofing
- Phoenix loses fireproofing on the first death
- Phoenix trademark weapon is now the Hot Poker. I'm vaguely interested in buffing Trademark Weapon, so this is a first step there
- The PRONOUN BUG in the endings is finally fixed!!!!!
- Some additional tweaks
- Some new character faces